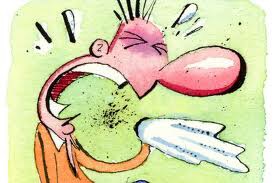 As the cold weather draws in so does the chances of getting ill. Boost your immune system with nutrient rich foods and you will stay in tip top shape until the sun decides to show his face once again!

Vitamin A strengthens the bodies entry points where germs and bacteria collect such as the lining of the eyes, nasal mucous membranes (your nose) and the respiratory tract. Vitamin A has an important role in the creation of lymphocytes (white blood cells) which fight again infection, bacteria and disease. Foods such as apricots, broccoli, carrots, kale, liver, mangos, red peppers, spinach and sweet potatoes are high in vitamin A, potassium and fibre all of which will help your body to fight away any bad bacteria.

Vitamin C is often seen as the hero in combatting colds! It increases the production of infection fighting white blood cells (lymphocytes) and interferon which helps protect your bodies cells against viruses. Vitamin C reduces the risk of cardiovascular disease by raising levels of good cholesterol while lowering blood pressure and interfering with the process by which fat is converted to plaque in the arteries that could lead to blockages. Foods that are vitamin C packed include; kiwi, strawberries, grapefruit, oranges, broccoli, cauliflower and bell peppers.

Carotenoids increases the number of infection-fighting cells and natural killer cells as well as being a powerful antioxidant that mops up excess free radicals that accelerate aging. Alongside vitamin C and E, carotenoids reduce the risk of cardiovascular disease by interfering with how the fats and cholesterol in the bloodstream oxidize to form arterial plaques (blockages). Foods sources of carotenoids include carrots, sweet potatoes, spinach, kale, collard greens, papaya, bell peppers, and tomatoes.

Zinc is a valuable mineral that increases the production of white blood cells that fight infection and helps them fight more aggressively. It also increases killer cells that fight against cancer and helps white cells release more antibodies. Foods to eat over the winter that are high in zinc include; beef, turkey (especially the leg meat), crab and oysters. Aim for about 20-25 milligrams of zinc a day as having too much can cause a detrimental effect to the immune system.

Garlic helps to rebuild your immune system as it helps to stimulate white blood cell growth which fight against infection. Garlic can also act as an antioxidant that reduces the build-up of free radicals in the bloodstream which is heart-friendly food since it keeps platelets from sticking together and clogging tiny blood vessels. Use it as much as possible and keep the germs away as well as the vampires!

Hopefully you found this article to be of some use in keeping colds at arms length. If you have any questions on anything I have covered above then please get in contact with me as I will be happy to help. Thanks for reading. 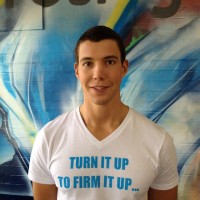 I have been working as a personal trainer for over 9 years. I began my career in the fitness industry after completing a degree in Sport Science where I graduated with Upper Class Honours. I have always had a thirst for all things related to health, fitness and nutrition and it wasn’t before long that I owned my own gym.

Tweet Share Pin it
Previous StoryHow to turn your shoulders into boulders! Next StoryDon’t waste it on the weekend!